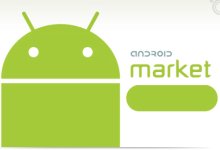 Have you ever found an App that either didn’t work for your phone or just plain sucked on the Android Market? Sure, we all have and right now when a user uninstalls an app they only get the option to select one of 5 options:

But wouldn’t it be better for both the marketplace and the developer to find out WHY the user uninstalled it with a bit more detail?

So, we look at option 3 and we tell the developer that the app is defective. Now when the developer gets the notice that someone uninstalled their app, how will they know what to fix? All they get is another tally saying that someone uninstalled their app because “It’s defective”. This is not the way to make apps better, just a simple way to say “Your app sucks”.

How I would change this:

Users should be given a comment section which is optional. This comment box if used, would make it so that the developer knows exactly why something was defective or why a user didn’t like his or her app.

This would be a simple change for Google, but it would help ensure that the apps on the Android Marketplace become more polished and that users help users.

What are your thoughts? Would you fill in the comment section, or would you leave it blank?