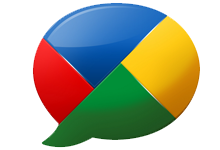 I spent some quality time yesterday doing research and providing real facts for Jeff Jarvis about Google Buzz and I wanted to share that information with others in case you missed it on Google Buzz.

First off I will say that Jeff Jarvis you shouldn’t really be included with Leo and Gina since you actually do research on the topics that you speak about and I do commend you for that. However..

Here is some important information to consider about Google Buzz. Instead of me telling you that Buzz is awesome or you suck for not using it, I will give you some facts and I will let you make up your own mind.

PRIVACY
Yes, Google Buzz had a big privacy issue at the beginning and Google acknowledged that, and has since fixed Buzz to make sure that it doesn’t happen again.

I know they have, and I also know that you know that they have since you are so passionate about the open web and you use Facebook often as a closed web eco-system with Privacy issues.

USER BASE
Buzz may not be a huge smash hit right now like Twitter or Facebook, but it took years before either one of them too off, Twitter more so than Facebook. But you say Buzz is a failure, a flop, so wouldn’t Twitter and Facebook have been failures if you are using the same statistical information that you’re using right now on them back then? Here is a stat of Twitters user base over the years http://thenextweb.com/socialmedia/2010/02/22/twitter-statistics-full-picture/ As you can see, Twitter really didn’t start taking off until 2009/2010 which is 3-4 years after Twitter started, Buzz is only 9 months old. You can also see here in this post that Google Buzz is starting to take off as a real sharing option – http://blog.louisgray.com/2010/11/addthis-stats-show-spike-in-google-buzz.html

FUNCTIONALITY
Right now Buzz is pretty feature packed compared to Twitter and Facebook. I can do everything that Twitter can do such as 140+ characters, Geo-location, @ replies etc, PLUS a lot of stuff that Twitter requires 3rd party apps to accomplish such as; Pictures, Videos, and Music to name just a few – http://goo.gl/fJpPu. Buzz can also do things that neither Twitter nor Facebook can do because of Google’s server farms and the tools they own such as; Maps, youtube, Docs, Picasa, PicNik etc. Hell, even self driving cars. Just think, What WOULD Google Do?

UP TIME
I don’t really have much to say here except for the fact that Twitter has a fail whale all of the time and people still use it (remember the Soccer world cup?http://goo.gl/6e6oH). Buzz has yet to go down for me, and I know you are aware of the superior up-time that Gmail has over other clients, since you mention it in your book. – http://en.wikipedia.org/wiki/Twitter#Outages

I hope you really look at Buzz as a service that is 9 months old and see that Buzz is progressing into a great service.

Here is the link to the Google Buzz conversation